The town of Alexandroupolis is making encouraging progress in Electromobility 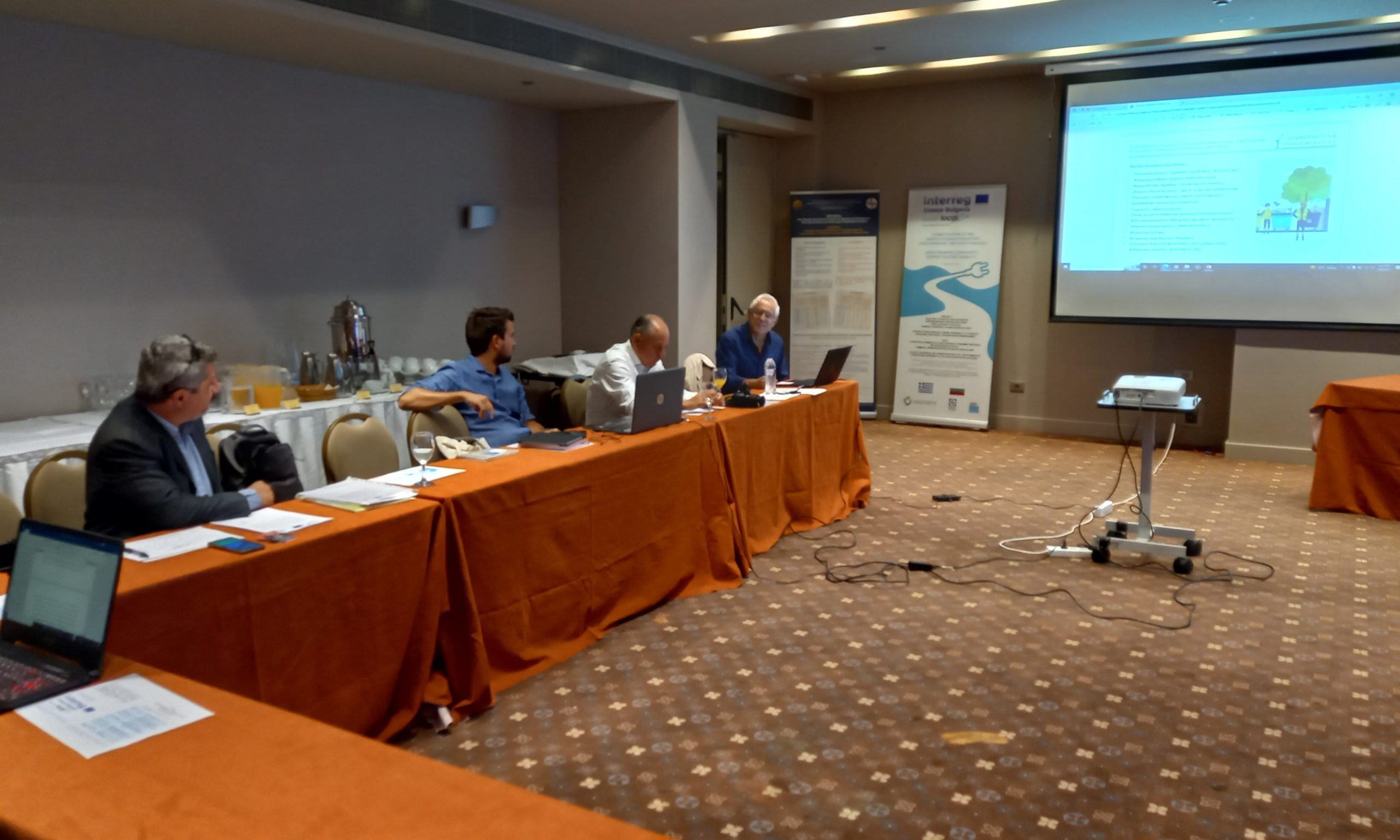 On Thursday, September 08, 2022, in the city of Alexandroupolis, we held the informative workshop on electromobility and the installation of electric vehicle chargers. The workshop was held at the Grecotel Egnatia Astir Alexandroupolis Hotel and attracted several stakeholders from local authorities and SMEs who were informed about the ways and good practices for building a sustainable future for local businesses and the communities through Electromobility by the Hellenic Institute of Transport of the Centre for Research and Technology Hellas (HIT/CERTH) in collaboration with the Institute for Sustainability and Safety (Life Issue).

The President of the Chamber of Evros, Mr. Topsidis Christodoulos, the representative of the Municipality of Alexandroupolis Mr. Delkos Vasileios and the President of the Union of Petrol Station Owners of The Prefecture of Evros Mr.  Kesoudakis Nikolaos were all present at our event.

In his introductory speech, the Director of HIT/CERTH, Dr. Evangelos Bekiaris, presented the  work of I.ME.T., emphasizing that the aim if or it to be the main exclusive centre of research in Transport, Sustainable Mobility and Tourism in Greece and within the ten best relevant technology and know-how hubs in Europe.  Hellenic Association for Electric Vehicles (HELIEV) pointed that the wide spread of electric cars in the large urban centers of the country does not require significant changes in the Energy system nor in the distribution networks, as some claim and that a program for the withdrawal of old and polluting cars and their replacement with hybrid and electric cars is imperative. He also referred to the prioritization of actions for the promotion of electromobility in Greece, which includes, among other things, the development of a database of charger network, the promotion of the development of electric vehicle fleets by public bodies, the promotion of electric micromobility and the development of appropriate business models for the promotion of Electromobility.

The floor was then given by teleconference to Mr. Ioannis Kokotos, the General Manager of Process Automation of Greece and Cyprus of ABB who analyzed the situation for chargers and mentioned the problem on longer journeys where using fast chargers within 10-20 minutes electric vehicle owners will be able to charge 80% of the battery. That kind of chargers exist for example in Ionia Odos and noted the cooperation with HELPE and DEI. Finally, he referred to pilot charging in selected parking points as part of the public transportion fleet.

Dr. Georgia Aifantopoulou, the Deputy Director of HIT/CERTH, analyzed the investment opportunities of electromobility beyond the road network, specifically in the ports. She referred to examples of cooperation with Municipalities under the framework of sustainable urban mobility plans (SVAK) and electric vehicle charging plans (SFIO) of which some proposals include chargers co-financed by the Greek “Green Fund” and the EU.

Mr. Antonis Mazonakis from Geraniolimeniki, which has 32 years of experience in electric machines for ports, listed the advantages over the classic solution (diesel or gasoline). Nevertheless, the problem of range autonomy still remains.   According his experience in relation to electric heavy machinery, the objections that exist from Municipalities are that these machines are expensive in acquisition, however the operating costs in 2-3 years lead to depreciation, moreover electric engines do not require maintenance in the same way the internal combustion ones.  He strongly suggested the plug-in hybrid cars for long distance routes, but definitely for urban ones he instisted that  pure electromobility is the optimal solution for the near future.

There was an extensive significant intervention and questions from local authorities and representatives from local Unions.

HIT/CERTH transportation engineer Mr.  Athanasios Tsioutras pointed out that depending on the designated use of the vehicle and corresponding to either hybrid or electric, for long distances the plug in hybrids are better. The battery is not an issue as long as it is properly maintained, experts pointed out.

During his speech, Dr. Bekiaris stated that the range of electric vehicles has been increased rapidly during the recent years and the number of charging stations should have increased theoretically too.  Simple chargers need a long charging time, at least 4 hours.  He mentioned the main charging providers in Greece and the subsidy programs in the Greek market, such as the “I Move Electric”. Into this program only 8% of the vehicles are electric cars, the rest of them are two-wheelers – still all of them contribute to micromobility. An increase of 200% – 250% for new electric vehicles has been recorded compared with 2020. A good 7% of the new vehicles are electric ones, according the latest registrations statistics. Following the war in Ukraine there was a flattening of the growth curve (stagnation in the increase) due to changes in energy prices in general.  Dr. Bekiaris stated that although gasoline and diesel prices are increasing as well as electricity, the cost of charging energy from providers has not been increased, probably for promotional reasons.

Finally, Dr. Athanasios Tamvakos, Mechanical Engineer and HIT/CERTH’s research associate, spoke about the main issues with the legal framework for electromobility in Greece. He briefly mentioned the technical specifications for the charging devices and the approval processes. He pointed out that for those who are interested there will be free detailed advisory support from HIT / CERTH and the Life Issues under the framework of the EVECRI Project.

Finally, a quite productive discussion among the participants started including their concerns regarding financing issues of the charging stations installation and use, and also about the need for an additional and braver subsidy for the purchase of an electric vehicle. The Round Table ended with a summary of its work by Dr. Bekiaris who pointed out the new forthcoming innovations and business models that would finally lead to a better promotion and penetration of electromobility.